By Upsilon SecretariatMarch 12, 2019 No Comments 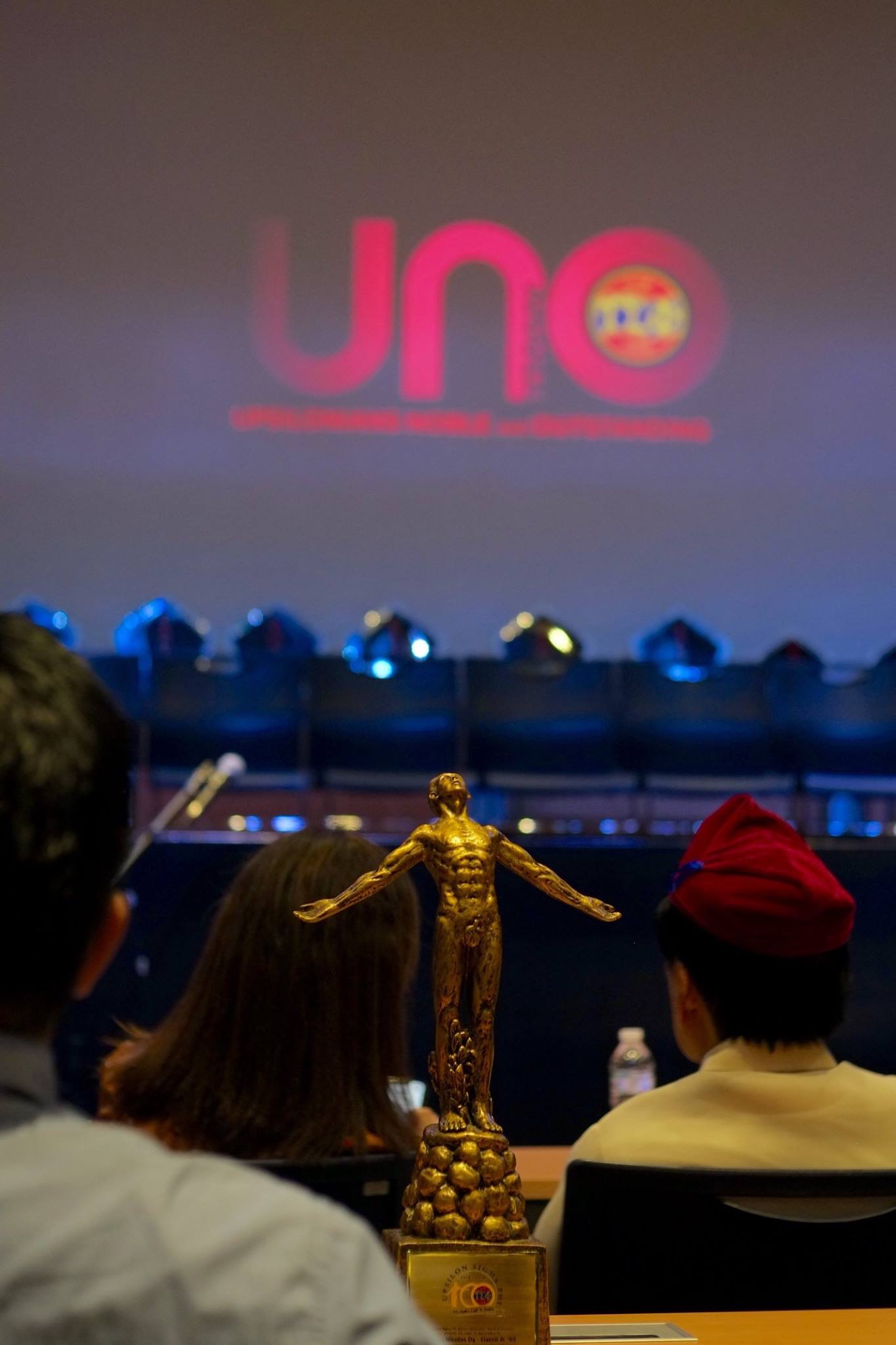 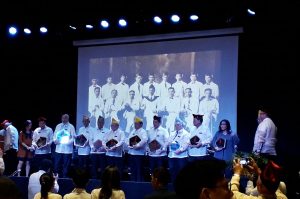 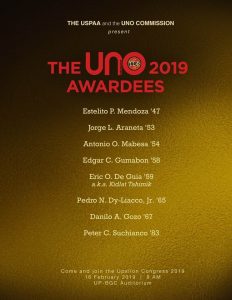 The UNO award is the highest honor the Upsilon can grant to its members. Since its inception in 1985, the award has only been conferred to sixty-four outstanding Upsilonians. The awardee’s lifetime achievements must fulfill the fraternity’s FIVE IMPERATIVES (Brotherhood, Integrity, Excellence, Leadership & Service) of membership in the most excellent manner possible.

In addition, four fellows were given the Luminary award in recognition of their outstanding fulfillment of one of the UNO imperatives. They were: journalist Eduardo I. Lee ‘53, lawyer Manuel S. Crudo, Jr. ‘56, DVM/IT expert Jose C. Rabago ‘72, and posthumous awardee Wilfredo R. Macan ‘75.